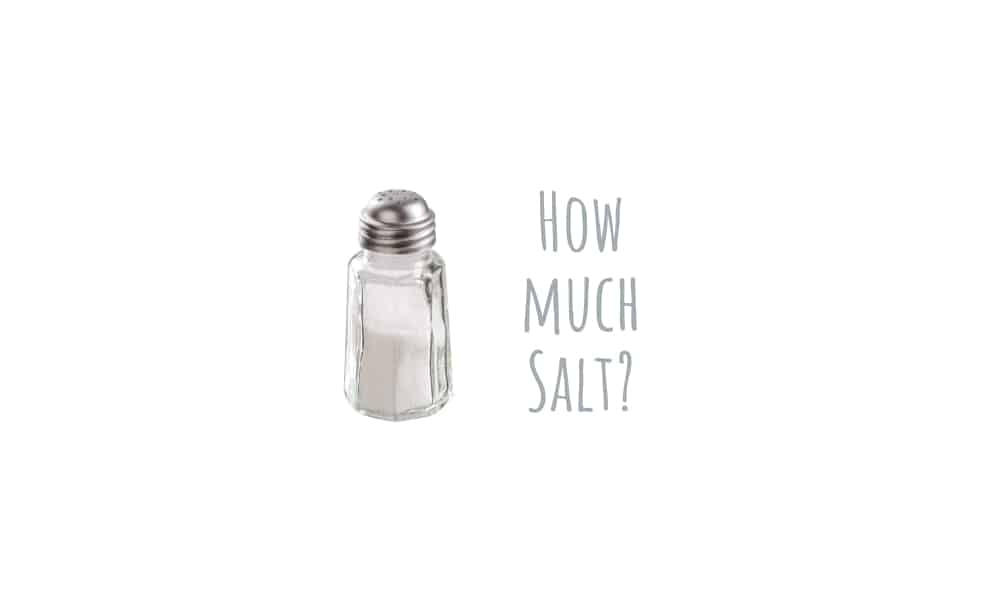 Salt is a pantry staple in Australian households and commercial eateries.

Most of us wouldn’t dream of having fish and chips sans salt.

The use of salt in food is so prevalent that ‘saltiness’ is one of five sensations associated with our sense of taste (the others being sweetness, sourness, bitterness and umami/savoury).

Salt is primarily used to enhance the flavour of food.

Salt is also used as a preservative to prolong the life of food, as it’s very effective at inhibiting bacterial growth.

What role does salt play in a healthy diet?

Salt is a mineral composed of sodium and chloride. Sodium is the chemical element that we focus on when examining the role of salt in our diet.

Our bodies need some sodium to regulate blood pressure and for nerves and muscles to work effectively. However, the amount that we actually need in our diet is far lower than what most Australians are currently consuming.

Most of the sodium in our food comes from the addition of salt. However, sodium is a common mineral that also occurs naturally in most foods that we eat. This means that nearly all foods contain some sodium, even when salt hasn’t been added to them.

Too much sodium can be harmful to our health, so it’s important to look at ways to limit the amount of salt in our diet.

Recommended amount of salt per day

The National Health and Medical Research Council (NHMRC) recommends less than 2,000 milligrams (mg) of sodium per day for adults.

In practical terms, this equates to 5 grams (g) of salt (about a teaspoon).

The recommended limits on sodium consumption per day are much lower for children. The daily intake recommendations for Australian children are:

The recommended limits for children outlined above are adapted from a table published on healthdirect.gov.au.

Dietary recommendations regarding salt are often expressed as milligram amounts of sodium.

However, it’s also useful to know the equivalent amount in grams of salt.

The calculation to convert the sodium recommendations to salt equivalents is:

For example, the NHMRC recommended amount of 2,000mg of sodium per day for adults would be converted as follows:

Save time by using our handy calculator!

How much salt are Australians eating each day?

On average, Australians are consuming almost double the recommended limit of sodium per day.

As at 2017, NHMRC reported that the average sodium intake of the Australian and New Zealand populations was 3,600mg per day, significantly higher than the recommended daily limit.

Why is too much salt bad for your health?

Excess salt consumption has been linked with increased risks of a range of health issues. The health risks include:

High-salt foods to watch out for

The majority of our sodium intake comes from the salt contained in processed and packaged foods.

Salt is widely used in many processed foods, as both a flavour enhancer and preservative.

High-salt foods can include processed foods that you may not expect, such as biscuits and other sweets, that may not taste salty.

Here are some of the processed and packaged foods to watch out for:

Tips for reducing your consumption of salt

The best way to reduce your sodium intake is to focus the majority of your diet on whole foods, such as fruit, vegetables and legumes. Whilst these do contain naturally occurring sodium, the amount is significantly lower than in processed foods.

Reducing or eliminating your intake of high-salt processed and packaged foods will make a big difference.

When purchasing processed foods, choose products that are labelled as ‘no added salt, ‘low salt’ or ‘reduced salt’. In Australia, foods that are advertised as being ‘low salt’ must have a sodium concentration of no more than 120mg per 100g.

Use herbs and spices to enhance the flavour of your food when cooking at home. Other great flavour boosters include: citrus juices, such as lemon and lime; alliums, such as garlic and onion; and chilli.

You can also reduce the amount of salt that you add to meals prepared at home. After a few weeks, your taste buds will adjust to the lower level of salt.

Heart Foundation: Is salt bad for your heart?

Eat For Health: How to understand food labels